Nearly half of registered Texas voters support legalization of marijuana for any use in some quantities, and nearly three in 10 would legalize it for medicinal use only, according to the University of Texas/Texas Tribune Poll. ♦

“I’ve always thought that pot has been viewed as a social issue,” said Daron Shaw, co-director of the poll and a professor of government at the University of Texas at Austin. “I’m not sure that’s right. There is not just a libertarian but also a fiscal-conservative angle to this. I wonder if this debate doesn’t at some point transform from a social to an economic debate.”

Jim Henson, who heads the Texas Politics Project at UT-Austin and co-directs the poll, sees some unusual coalitions in the issue.

“This is one of the areas where the liberal meets the libertarian in Texas political culture,” he said. “You’ve got social conservative opposition, strongest in rural area and among Republicans. Interestingly, mainline Republicans are more restrictive than Tea Party Republicans.

“It’s not a surprise that Texas was not on the front line of [legalization], given that most of the opposition here is among conservatives and Republicans,” Henson said. “But you can look at this and see where the movement is going to come from.” 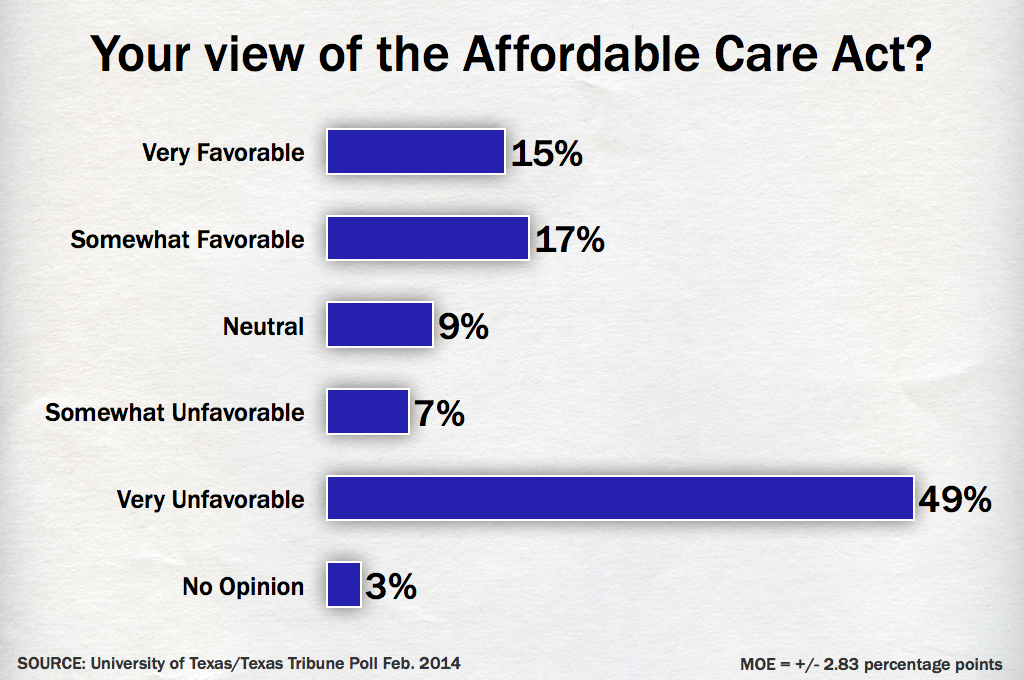 Texans’ views on a couple of other newsworthy issues remain fairly stable. Only 32 percent have favorable views of the federal Affordable Care Act, while 56 percent view it unfavorably — including 49 percent who have a “very unfavorable” opinion of that law.

Views of that law vary widely by political bent: 67 percent of self-identified Democrats support it, while 59 percent of independents and 88 percent of Republicans said they have unfavorable views. 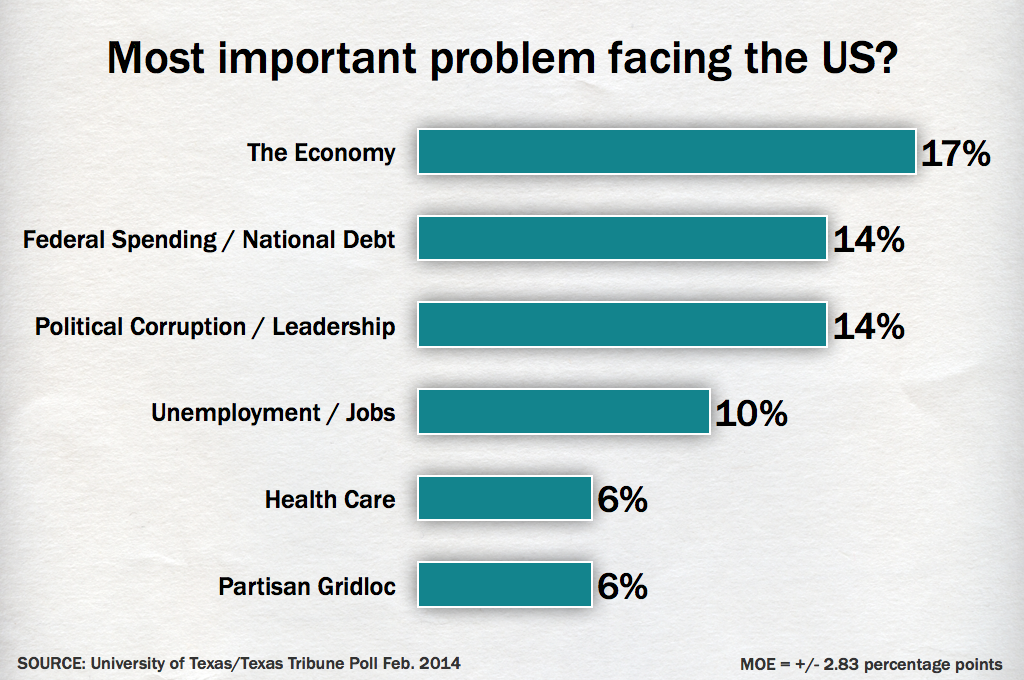 “This is one of those very few public issues where people have fairly strong, well-thought-out opinions,” Shaw said. “What’s on the news today doesn’t really change their opinions much. That makes it different than other issues in American politics.”

Likewise, Texans’ views of the most important problems facing the country and the state remain relatively unchanged. The economy and federal spending/national debt lead the list of problems facing the country, combining for 31 percent. Add in the fourth-most important issue — unemployment/jobs — and that top group reaches 41 percent. Political corruption/leadership was third at 14 percent. Health care and partisan gridlock were the only others listed by more than 5 percent of the respondents. 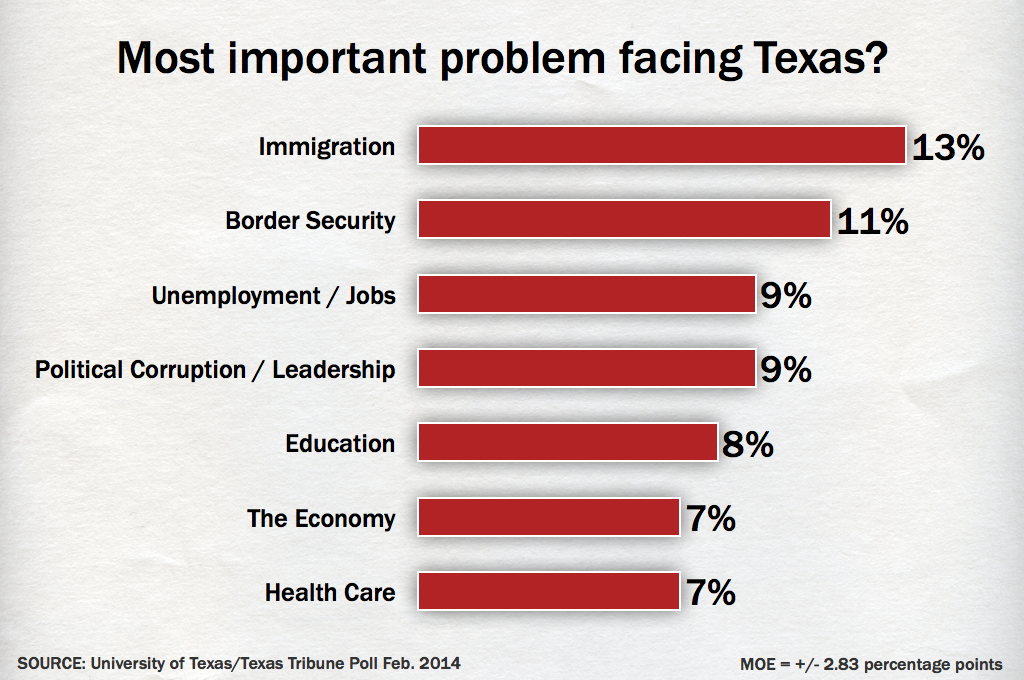 Immigration and border security top the list of most important problems for the state, combining for 24 percent. Five other issues registered with more than 5 percent of the respondents: unemployment/jobs, political corruption/leadership, education, the economy and health care.

The University of Texas/Texas Tribune internet survey of 1,200 registered voters was conducted Feb. 7-17 and has an overall margin of error of +/- 2.83 percentage points. Numbers in the charts might not add up to 100 percent, because of rounding.

ROSS RAMSEY is editor of The Texas Tribune where this story was originally published. It is made available here through a news partnership between the Texas Tribune and the San Marcos Mercury.